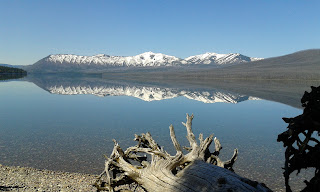 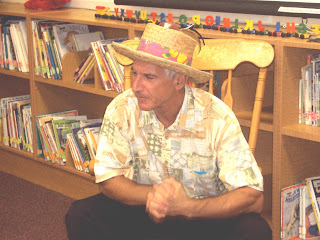 Tell me about yourself. Your book(s), your life, your inspiration.

I am 61 years old, defined to a large degree by my relationships with my wife, kids and a few close friends. I was raised in Miami but my home is Tallahassee and the rolling hills, rivers, springs and beaches that make this region as special as any on earth.

I like how I was raised. My parents were supportive and trusting. My Dad emigrated from Latvia
when he was 6 after both of his parents died before he was two. Though he only finished 8th grade, he was flush with common sense and his quiet non-complaining example is a model to which I aspire but have never fully achieved. My life’s biggest tragedy was losing him to a horrific bout with cancer when I was 12 and he but 54.

My mother finished the job of raising me, working 6 days a week, quietly bearing her sorrow and loneliness until I left to attend FSU. She subsequently remarried, became a little bit crazy but lived a dignified and a bit self-centered life of 91 years. She, I feel, was entitled to these traits having buried two husbands and lost my manic-depressive brother to suicide. He, my other brother, and my sister are also key influences too complex to discuss here. I will only say that I am the meekest of the quartet and admire and fear, to some degree, their more powerful personalities.

My biggest disappointment in life was not sustaining a career path that was satisfying and at least moderately lucrative. Writing for children, which I began at about age 50, has provided the former but not the latter as yet.

I have two books in print. The first, My Uncle Rob, was written as a tribute to my close friend Rob Cunningham who taught me, through example, a strategy for coping with Parkinson’s disease. Thanks to you, Rhett, I was able to find a publisher after you advised me to rewrite the initial manuscript, My Friend Rob, to a story told from a child’s perspective. My Uncle Rob is available at www.washingtonpublishers.com.

My second book, The World of the Polka Dot Bear was released on Amazon in February. It’s a morality tale, told in rhyme, that deals with the existential question, “What are we here for?” Hopefully it will also be seen as a silly, fun-loving romp of three unlikely friends. It was lovingly illustrated by my wonderfully insightful and talented daughter, Rachel.

I am also defined begrudgingly by Parkinson’s disease which first became noticeable at 47 and has been bound and determined to become my closest friend ever since. It is an insidious friendship but one that I embrace. I am an active member of the National Parkinson’s Foundation and have a mission to be a friend and advocate to all who share my fate.

On balance, I am a happy camper. I enjoyed my years as a special ed teacher and a restaurateur. I write songs, sing and play awful guitar and am a table tennis enthusiast. I am glad to have had the chance to look around. Life, what a gift!


Where do you see your writing taking you in the future?

To the loony bin probably. Putting your thoughts and passions out there for all to snipe at is nerve wracking but also highly addictive. Seeing my work come to a satisfying conclusion is incredibly exhilarating. The activity is about as crazy as doing a double back flip on a speeding snowmobile. It’s great if you land on the skids but not so much if your cabeza touches down first. I think you can complete the metaphor without my input.

For the long term, I can’t say. My health issues are too precarious to predict the future of my writing. For now, however, I have big news. The illustrations for The Firehouse Café, which received 3rd place honors in the Seven Hills 2012 writing competition, are complete.

Talented California illustrator, Melissa Wyman, brought my vision of the story to life with her dazzling sense of color and ability to pinpoint the emotions and personality of each character. It should be available in late April.


How do you use your talents/time to help others?

Primary uses of my communication skills are in helping others with PD understand and cope with their version on the condition. I especially enjoy talking to newbies who are still dealing with their initial shock, anger and sorrow. I’m also a member of the North Florida Parkinson’s Awareness Group Choir. We sing as therapy for our fading voices, and as entertainment at local residential care facilities. As a bonus, the choir performs several songs that I have composed including our signature song “Reaching for the Sky”.

Check out the links to this talented author:

To order My Uncle Rob:  www.washingtonpublishers.com 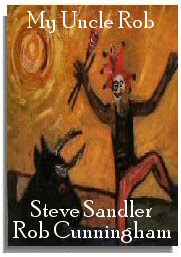 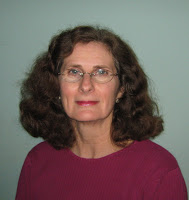 1.      Tell me about yourself. Your book(s), your life, your inspiration.
I am a speech-language pathologist by training, but I have always wanted to write. I began my writing journey by taking some classes in writing, joining a critique group with an eclectic group of writers, and writing a few essays and articles for local and professional publications. Eventually my writing interests became more focused on writing for children, and I have been honing my craft ever since.

I connected with a critique group of three other children’s writers, joined the Society of Children’s Book Writers and Illustrators, began attending workshops, and submitted picture book manuscripts hither and yon. While my rejection letter folder grew fatter, my acceptance folder remained empty, so I decided to try the children’s magazine market. Bingo! I sold my first rebus story, Jake’s Toolbox, to Highlights for Children. Since then, I have had over a dozen publications in Ladybug, Faces, and Story Friends, as well as additional publications in Highlights. I have recently had a short story published online by knowonder! (www.knowonder.com) and another short story, The Tooth Fairy and the Sandman, published in their 4th volume of read aloud stories, Herman’s Horrible Day, which is available from Amazon in print or electronic form.

My inspiration comes from writing. You can ponder all you want, commune with nature, surround yourself with positive people and energy, but it takes putting pen to paper (or fingers to keyboard) for that inspiration to translate into words and for those words to take the shape of a story. I’m continually amazed by what ideas take hold when I sit down to write.

I am always working on a manuscript – sometimes several - and always submitting. I do not like rejection, but I don’t fear rejection, either. If I am not submitting, then there is no chance of getting published, so each rejection letter, while disappointing, is also a reminder that I am doing something to reach my goal. I am continuing to write picture book manuscripts, but also work on rebus stories, short stories, and the occasional nonfiction piece.

3.      How do you use your talents/time to help others?
I do a lot of editing of student reports for my job as a clinical supervisor at FSU’s and Disorders. I’d like to think that I am helping my students become better writers. It doesn't matter if you are writing fiction, nonfiction or professional reports – good writing is good writing. I’ve also     done the occasional presentation to writer’s groups, but would like to do more of that, time permitting.

Check out the links to this talented author: 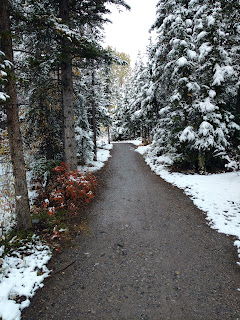